This indicator measures the total number of acres of impervious surfaces in the region; it is the entire amount of hard surface (such as buildings, sidewalks and streets) in the landscape. Imperviousness is an important environmental indicator because it is negatively associated with various measures of the biological health and physical integrity of surface waters.

CMAP’s regional socioeconomic forecast projects that households and jobs will each grow by approximately 16 percent over 2010 levels by 2025, and by approximately 36 percent over 2010 levels by 2050. The target methodology assumes that growth in impervious cover will slow from the current rate as the region’s population and employment density increase through infill and reinvestment. 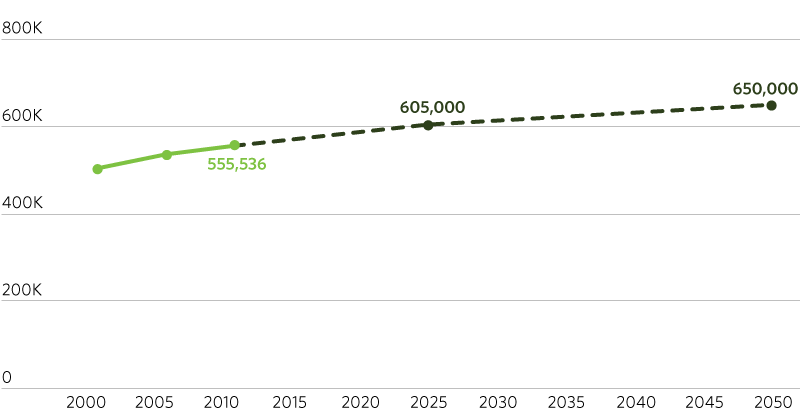 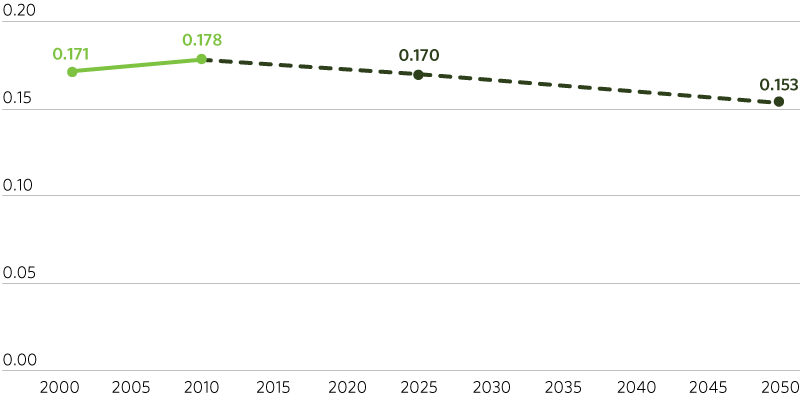 This indicator has been carried forward from the GO TO 2040 Plan Update. However, there has been no new data released since the Plan Update was written, so no evaluation can be made of implementation progress at this time. The Plan Update set 2020 and 2040 targets of 590,000 and 640,000 acres of impervious area, respectively, which are largely in line with the ON TO 2050 targets.