This indicator tracks the total number of annual unlinked transit trips. Trips are “unlinked” in that this is a total count of boardings, so that an individual making one transfer is counted as two unlinked trips. Increased transit ridership reduces greenhouse gas emissions, reduces roadway congestion, and improves air quality.

The 2050 target has been set in keeping with the GO TO 2040 goal of doubling transit ridership from current levels. Currently the region has an average 72 unlinked transit trips per resident per year. With forecasted increases in population by 2050, doubling transit ridership would increase the average number of trips by 58 percent to 114 per resident per year, which is lower than San Francisco’s current per resident trip rate. Achieving this target will require regional action by not just the transit agencies, but also municipalities, highway agencies, and funding authorities. Transit agencies cannot sustain fast, frequent, reliable service without supportive land use change. Effective transit service results from a combination of strategic investment in transit service and coordinated land use planning. Locating jobs and residences near transit has a powerful positive effect on ridership. CMAP analysis shows that taking steps to increase employment density near transit stations and pricing parking would have more impact on ridership compared to many other strategies for capital investment and service expansion. 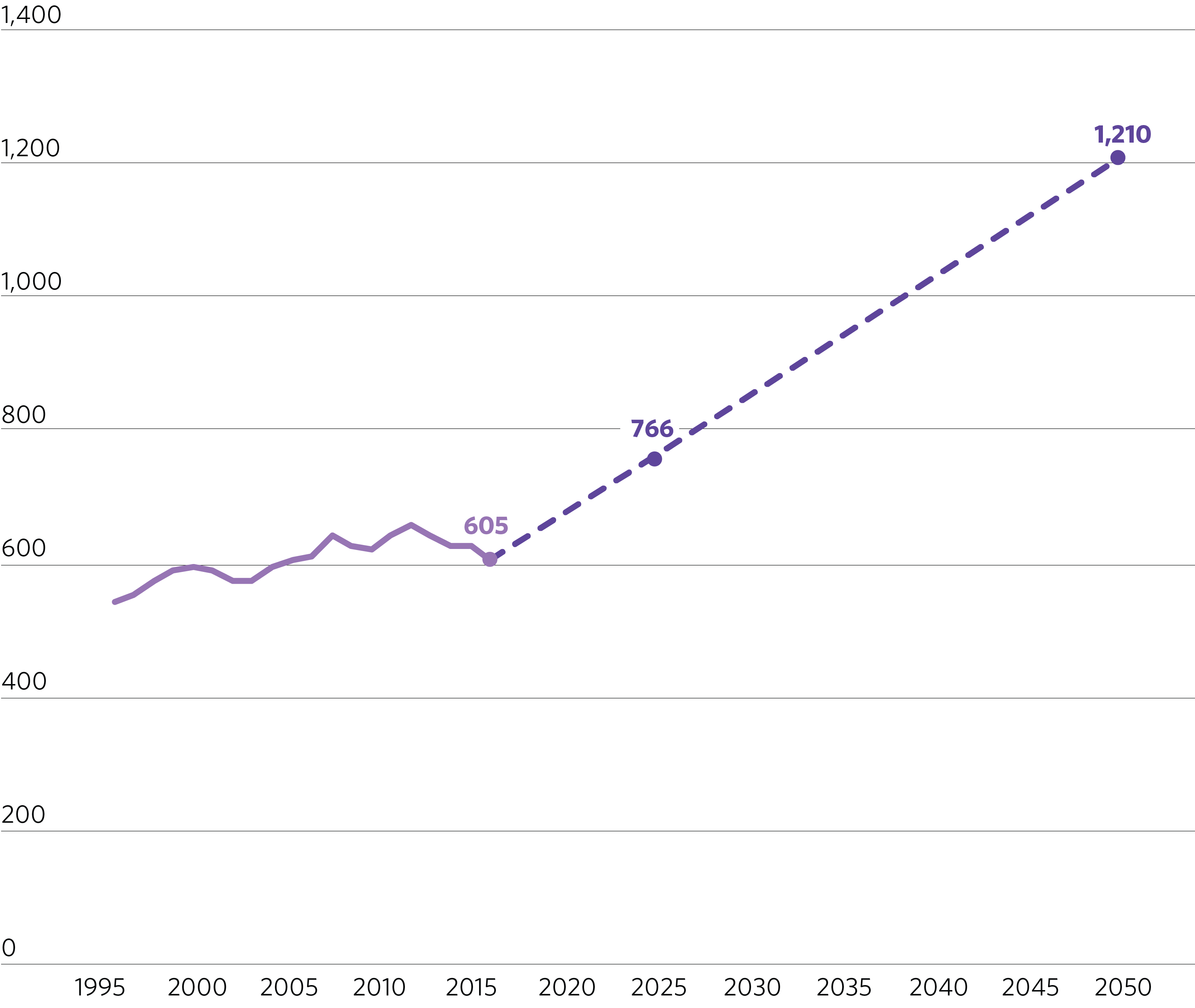 This indicator is new to ON TO 2050. It has replaced GO TO 2040’s “Average Weekday Unlinked Transit Trips” indicator in order to capture all transit usage by no longer excluding weekends. Since the adoption of GO TO 2040, transit ridership (both weekday and annual) has remained largely flat. The ON TO 2050 targets reflect the original GO TO 2040 goal of doubling transit ridership.