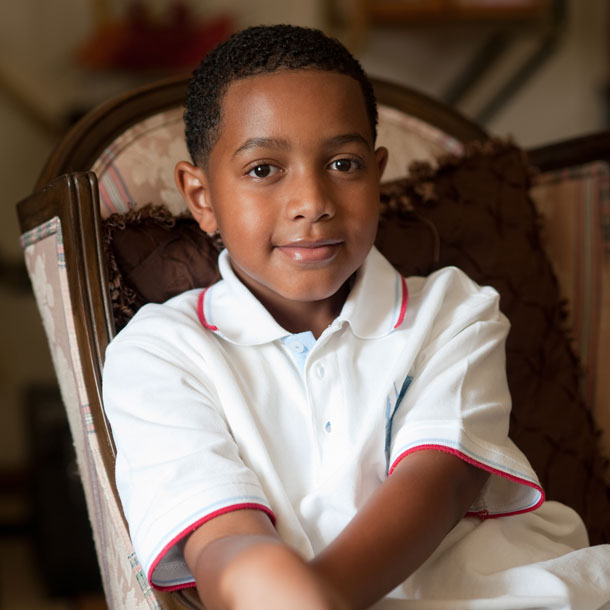 When 8-year-old JOHN HATCHER JR. imagines the future, his first wish is for a clean world: "Then the sky can be blue, the grass can be green. There'd be no pollution, and people would care about each other. I'd really like a perfect world."

John thinks about the environment every day. "I'm a very curious guy," John explains. "I'm mad because where I live, they don't recycle. I wish they would — it would help the environment and help us keep the area clean."

John tries to make our world a better place by picking up trash that people throw on the ground. "I'll pick it up, even if it's a glass bottle. I'll recycle it. I will set a good example for other people," he says.

John likes to spend time outside, but the park near his home in the south suburbs isn't as welcoming as it should be. "I can't play at the park near my house because it's really bad, I can't even explain how bad it is. Kids there curse, it's not safe," he says.

"I love to ride my bike, I wear my helmet," John says. "And I love to get my exercise by walking." If the neighborhood had more sidewalks, it would be easier and safer for him to get around. For now, he has to bike along the curb and walk two or three miles to the next closest park.

John learned the power of community from his family. His mother, Peggie Jackson, quit her job when he was born with a condition that required medical therapy three times a week. She wanted to ensure him the opportunity to succeed despite his illness. When John got a little older, preschools wouldn't admit him because he had to take quite a few medications. His mother, grandmother, and great-grandmother would read to him whenever possible. Now, John attends the gifted program at 21st Century Preparatory Center in Park Forest. He won a scholarship to attend the public school, where he just finished second grade and is already reading at a sixth-grade level. 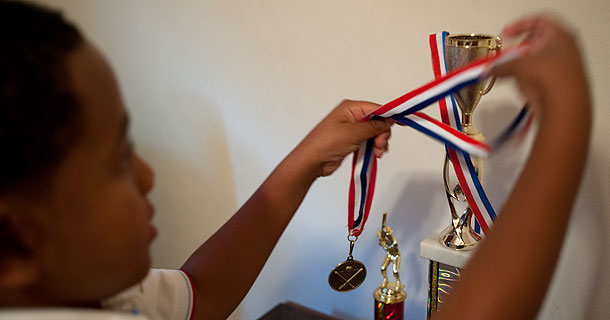 "He's just blowing me away, that's why I have to be on top of my game," his mom Peggie says. "He beat all the odds. Where he came from and where he is now, it's unbelievable."

John plans to become a doctor someday. "The most important thing I can do is help people take care of each other," he says. 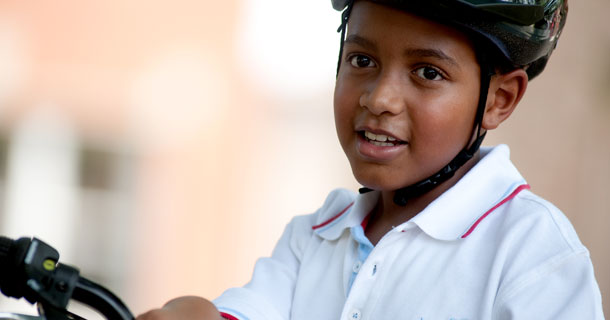