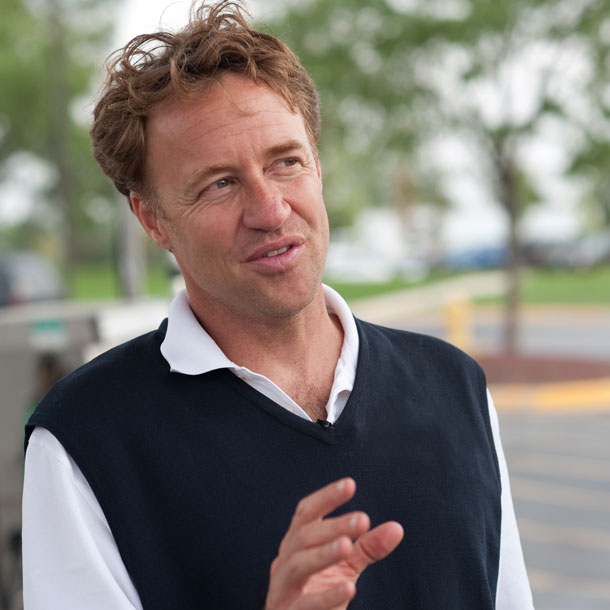 When MIKE ABT started recycling cardboard 20 years ago to help his family business become "more green," it wasn't just the eco-friendliness that appealed to him.

"It made financial sense. Most people do it today, but back then that wasn't the case," says Mike, age 47. "I'd always wanted us to be green, and I love saving money."

Since then, their family-owned electronics and appliance store has instituted numerous green initiatives, with no plans to stop anytime soon. The company has an onsite recycling center for its own and its customers' waste. They recycle cardboard, plastic, batteries, old electronics, and even Styrofoam, which is particularly difficult to recycle. To operate "off the grid" during the day, Abt's facility uses a generator that runs on natural gas. On a smaller scale, they also use solar and wind technology to help meet energy needs.

To save paper, Abt does not print paper catalogs, instead relying on web marketing. "That was a tough decision since we might have been able to sell more products, but greenwise it's better to not have a print catalog and to not waste hundreds of trees," Mike says.

He is among the third generation of Abts running the business, and he works alongside his three brothers and father. In 1936 Mike's grandmother loaned his grandfather $800 to open Abt Radios in Chicago's Logan Square neighborhood, and the family moved the store to the northern suburbs in 1975.

"The best part about a family business is that if anyone thinks of an idea, we can implement it right away," he says.

The company now has more than 1,000 employees who benefit from green initiatives, too. The store's campus includes a restaurant and gym so employees don't have to drive during the day, and bicycles are provided for any staff member who does need to leave work. Car pooling is encouraged, and many employees take advantage of a shuttle from the nearby Metra station to the Abt campus. Even the company's truck drivers will "truck in together" to save trips, and the company trucks use biodiesel during the summer months.

For Mike, there will always be new ways for the company to become more eco-friendly. He hopes to spread his ideas to other businesses, speaking to retailers about the cost efficiencies and other benefits of Abt's green initiatives.

"This is my religion," he says. "My goal is to get other businesses to be green."