During the late spring of 2009, architects from Gensler collaborated with an advisory committee representing the United City of Yorkville. This committee was composed of a cross section of the community, including representatives from its city council, chamber of commerce, and public-private economic development corporation, along with the participation of residents and owners of property located in the downtown area.

The advisory committee sought to identify major community assets that could be highlighted and enhanced through the design team's proposals.

The result of this exercise depicts a vision of Yorkville as a 21st century river town, offering new amenities to a growing population, through recreation, relaxation, and renewal.

(If you wish to print out lower-resolution PDF versions of the posters, they are available here.) 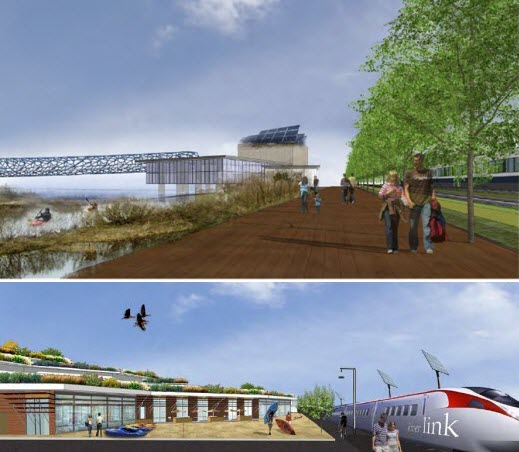