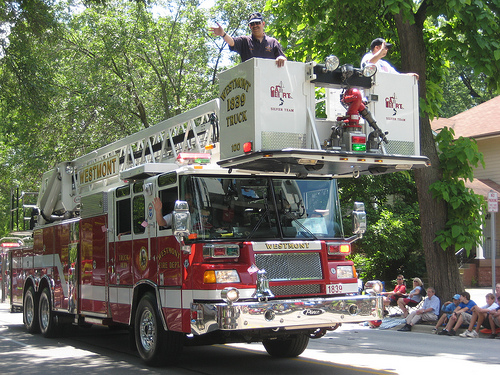 Given its dense population and status as a major transportation hub, the Chicago region must be prepared to respond to a large-scale disaster such as a pandemic, national security incident, or a natural disaster such as catastrophic flooding.

Part of GO TO 2040's regional vision is to make the region adequately prepared should such an emergency occur, while at the same time educating citizens about how to plan for such an event and their individual responsibility in case of a disaster.

In coordination with an advisory committee of regional experts, the American Red Cross of Greater Chicagohas prepared general recommendations for actions to improve emergency preparedness within the long-term contextof the GO TO 2040 plan. The recommendations cover:

A report that provides more details on these recommendations is forthcoming and will be posted in this space when available; an executive summary is currently available.

The purpose of the questions below is to understand how today's planning policy and investment decisions – covering transportation, land use, housing, economic development, and the natural environment – might affect emergency preparedness in our region in 2040.

How would emergency preparedness be affected by different economic development policies: focusing on investments in human capital (improving the region's workforce); infrastructure (investing in physical infrastructure such as transportation facilities); or innovation (including but not limited to technological innovation)?

How would emergency preparedness be affected by different land use policies: focusing on dense, infill development; moderate densities with emphasis on community-centered design; or low-density new development?