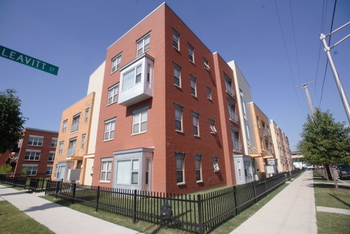 
Between now and 2040, the region will grow by about 790,000 households. If current trends continue, approximately 67% of this growth (530,000 households) will occur in infill areas. This number is fairly high because the definition of infill used in this analysis is quite broad and includes all development within current municipal boundaries (even on land that is currently undeveloped) as well as some development immediately nearby existing municipalities.

The impacts of each scenario on infill development are described below, estimating the number of additional households that will locate in infill areas compared to the current trend (with an increase considered to be an improvement). The base figure is 530,000 households.

These estimates were calculated by applying the definition of infill noted above to the forecasts for each scenario. A summary of the difference between scenario forecasts which breaks the region into "density districts" is available here. More complex methods for defining infill potential are described in the Infill Snapshot report, which analyzes the potential for infill development around the region using Improvement-to-Land Value ratios.