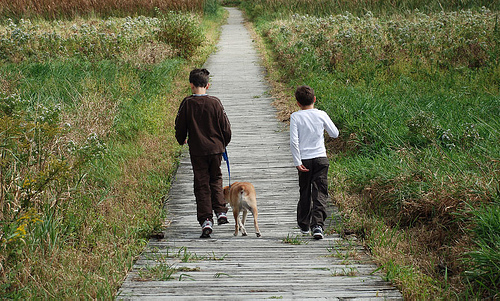 Parks and open lands have consistently ranked as one of the top priorities in quality of life surveys. But in addition to being a much-coveted amenity that boosts real estate values, easy access to open space has numerous benefits for public health, including significant increases in the percentage of people who are physically active, reducing the risk of health-related diseases such as obesity and heart disease. Numerous studies have also demonstrated that simply living near green open spaces can substantially improve mental health.

Adding environmental benefits such as improved air and water quality, and the lowering of temperatures during the summer in high-intensity urban areas, it becomes clear that meeting the challenge of assuring open space access for all offers dramatic rewards for the residents of our region.

This measure addresses the accessibility of open space, rather than the overall amount of open space in the region. Access is defined as the number of acres of open space within one mile of an individual's residence. While people do travel farther than this for recreational opportunities, physical proximity to open space is an important measure of access.

This analysis uses a benchmark of 10 acres of open space per 1,000 people, which is based on a standard set by the National Park and Recreation Association. Currently, 3.8 million people, or only 44% of the region's total population, live in areas that do not meet this standard. If current trends continue, this will increase to 4.6 million people by 2040, which will make up only 42% of the region's total population. Download a map to see acres of open space per person across the region.

The impacts of each scenario on access to open space are described below, estimating the number of people who live in areas which meet the standard of 10 acres of open space per 1,000 people (with an increase considered to be an improvement). The base figure is 4.6 million.

These estimates used the forecasts for each scenario as well as the strategies noted above. A summary of the difference between scenario forecasts which breaks the region into "density districts" is available here [PDF]. Forecasts were originally prepared for households, but were translated into population for the purpose of this analysis.