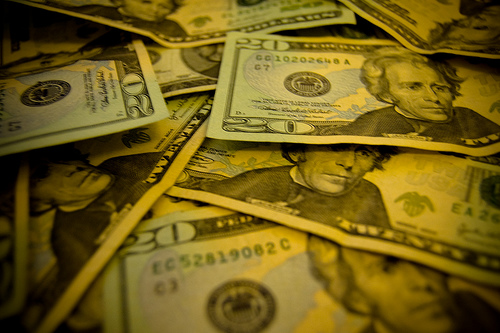 The strategies in GO TO 2040's scenarios require some level of investment, primarily financed through tax dollars or other fees. In most cases, various levels of government at the federal, state, or local level will bear the ultimate responsibility for implementing these strategies. While most of the strategies relate to direct cost outlays by government to provide or maintain public goods (e.g. parks, roads), other strategies may require an initial investment resulting in future revenues to the public sector over time (e.g. congestion pricing, parking pricing). The purpose of the "cost" indicator is to demonstrate the varying levels of expected investment for strategies across the three scenarios.

Different strategies within each scenario are associated with varying levels of investment. Since these numbers are difficult to estimate with specificity over the long term, they are given in "cost bands", which demonstrate a degree of investment in an order of magnitude. Cost band categories range from the "very high" (over $1B per year in investment) to the "positive" (over $10M in net revenues or cost savings per year expected). For new infrastructure, costs typically include capital as well as ongoing operating and maintenance costs. These figures are estimated as the investments necessary to finance these strategies, above and beyond the Plan's reference scenario, and all figures are assumed to be borne by governmental entities. Furthermore, these estimates do not take any "indirect" costs or revenues into account, such as the impact of protected open space on surrounding property values. Here, cost and revenue assumptions are assumed to be "direct" in nature.

Many strategies have a minimal public sector cost. Some of these strategies involve policy changes that, while potentially challenging to implement, do not necessarily come with a direct governmental investment or new program. Furthermore, some strategies also promise to produce direct revenues for governments. For example, the application of congestion pricing or variable parking pricing can generate significant revenues through user fees. Other strategies such as wastewater and conservation design create significant cost savings that accrue directly to governments from smaller infrastructure requirements due to denser development. When applied with good planning and foresight, transit oriented development has also proved to produce long-term revenues which provide a significant return on initial investment for local governments.

The strategies in the reinvest scenario focus much more on improving existing infrastructure and focusing growth in existing communities. From a public sector cost outlay perspective, this scenario promises to be a much greater investment. Systematic improvements to arterial roads, capital enhancements to the transit system, freight improvements, park acquisition, brownfield remediation and the provision of economic incentives for reinvestment are some of the major cost drivers to the reinvest scenario.

The strategies in the preserve scenario focus primarily on managing and maintaining existing assets, as opposed building major new infrastructure and facilities. The biggest cost drivers in the preserve scenario include the acquisition and maintenance of open space, smaller scale operational improvements and enhancements for transit, and bicycle and pedestrian improvements.

The innovate scenario emphasizes new technologies, some of which vary wildly in their potential cost. Innovative improvements to wastewater facilities, the application of intelligent transportation systems (ITS), and major governmental investments in research and development and green jobs industries are some of the major cost drivers to this scenario.