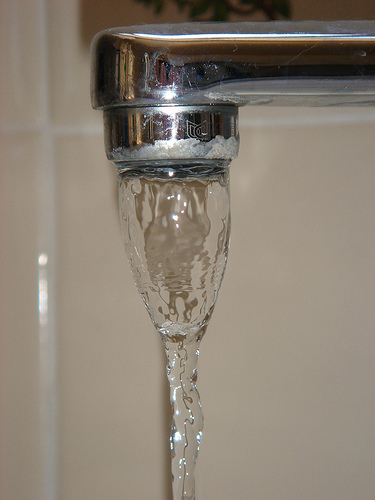 Despite a cool, humid climate, parts of the Chicago region face increased pressure on water supplies, especially communities relying on the deep bedrock aquifer (much of Will, Kane, McHenry, Kendall, and part of Lake Counties). Population and job growth will increase demand.

Reducing demand through the use of conservation best management practices and increased density will help ensure a sustainable future, as will policies that match demand to areas with relatively greater supply.

In 2005, the region withdrew approximately 1,500 million gallons of water per day for domestic, commercial/industrial, and other uses. This does not include cooling water for once-through thermoelectric generation. The GO TO 2040 plan concentrates on residential water demand, which accounts for about 55% of the non-cooling water use ( preliminary estimate). By 2040, if current trends continue, residential water demand would increase by 244 million gallons per day ( preliminary estimate). The plan considers two ways of holding the line on this demand increase. First, increasing density decreases lot size, shrinking the yard that needs watering. Second, a suite of conservation best management practices (BMPs) – described in much more detail in the CMAP Regional Water Supply Plan – may be employed.

The impacts of each scenario on water demand are described below, estimating millions of gallons of residential water demand compared to the current trend (with a decrease considered to be an improvement). The base figure is 244 million gallons per day (mgd).

The total amount of water used is not the only concern: the source of the water used matters too. Lake Michigan now serves over three-quarters of the population in the region, and there is room for it to serve additional population. Lake Michigan offers higher quality water with lower long-term impacts than its main alternative, groundwater. From this standpoint, a scenario will perform better if a larger fraction of new households in the region are able to access Lake Michigan as a source of drinking water.