As of November 2008, of 50 states, 46 states and Washington DC and Puerto Rico were providing 211 service, although at various stages of implementation and activity as shown in Diagram 1. Of the 46 states, 27 states and Washington DC and Puerto Rico have fully implemented 211 service which means service is accessible to the entire population. Only four states are considered "in development", including Illinois, Pennsylvania, Arizona, and Wyoming. The first statewide 211 service line was developed by Connecticut, Infoline 211, and the state provided the bulk of the funding for full implementation. However, funding has been one of the biggest challenges for many other states. As stated by the United Way, "211s have struggled to obtain sustainable funding." Therefore, some states are forming private and public partnership models for funding; typical funding sources include local United Ways, community foundations, and federal and local governments. 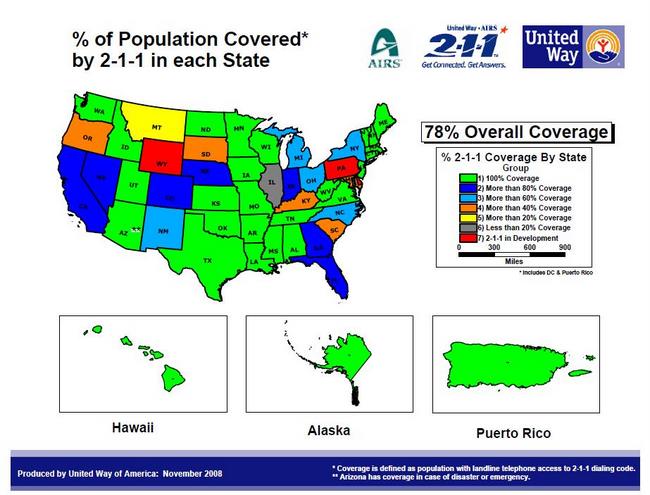