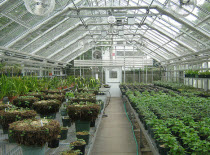 Environmental, national security and, most recently, job creation goals have converged to generate strong public interest, political support and an array of new policies and incentives to support green energy, energy efficiency, and waste reduction. This report examines the potential of these new policies and incentives to create jobs and private-sector investment in the Chicago region.

Although the green movement in the nation and the region is still emerging, the Chicago region is already well positioned in the movement with some unique competitive advantages. Chicago has placed well in some national rankings of cities, including a 6th place ranking in a recent green jobs report by the United States Conference of Mayors.

Opportunities for the greatest economic growth in the next decade are in emerging green industries that are building on existing capacity in the region, such as manufacturing of components for wind turbines or solar panels by metal manufacturers who are already producing similar products. And as North America's freight hub, the Chicago region is positioned to play a major role in the growth of the freight industry, and has the opportunity to also provide leadership in the "greening" of this key existing—and ever-growing—industry.

This report, prepared by the Delta Redevelopment Institute, includes goals, objectives and strategies that can serve as a framework for a regional green economic development plan.

If you're interested in learning more about green jobs, please download the following CMAP strategy report. Comments and criticisms are encouraged.