"A Planning Pioneer"
An Introduction to Phillip D. Peters 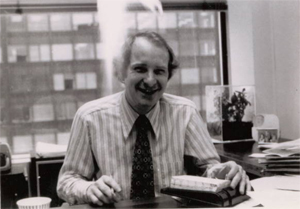 When Phil Peters arrived in Chicago in the 1960's, phrases such as "urban sprawl," "reverse commuting" and "wetland protection" had yet to enter our contemporary lexicon. As the Chicagoland area began a period of unprecedented growth, the divide between city and suburb, urban and rural was about to change forever.

Raised in the open space of agrarian Illinois and Iowa, but captivated by the modern America metropolis, Phil brought a unique perspective to the newly-emerging field of regional planning. Phil saw the delicate balance required to achieve growth and prosperity, while also maintaining responsible land-use, transportation planning and environmental protection. He was a true pioneer. Born in Ottawa, Illinois, Phil was a graduate of Rice University with a degree in architecture. He later received a Master's in Regional Planning from Cornell University. Phil served on the Evanston City Planning Commission, was president of the Illinois Chapter of the American Planning Association (APA) and chair of the Metropolitan and Regional Division of APA. While he was executive director of the Northeastern Illinois Planning Commission (NIPC) from 1992 to 1998, Phil's dedication and commitment to the agency and to the Chicagoland region spanned a period of more than 30 years.

First joining NIPC in 1963, Phil played a fundamental role in the development and execution of the commission's innovative planning program for the Chicago metropolitan area. Regarded as a "planning pioneer" for his time, his strong advocacy for natural resource planning and intergovernmental cooperation helped change the very process by which regional planning was perceived and carried out. "His love of the profession was matched by his love of the Chicago region, which he served so well," said former NIPC Deputy Director John Swanson, now a member of the Fellowship Program Steering Committee. 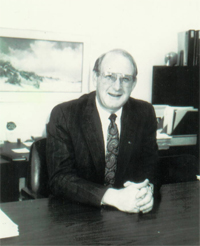 Phil's contributions to the planning profession earned him the Jean Allard Regional Trailblazer Award from the Metropolitan Planning Council, as well as the 1998 Distinguished Served Award from the Illinois Chapter of the APA. In 1999, he was honored as one of the nation's most distinguished planners when he was inducted into the first group of fellows of the American Institute of Certified Planners.

However, Phil never let his achievements get ahead of his humanity, nor of his friends. In response to being asked what he truly enjoyed in his work, he said, "The real joy…has been the people with whom I have come in contact…those who have become partners in planning [this] region."

In 1998, Phil was diagnosed with amyotrophic lateral sclerosis (ALS), commonly know as Lou Gehrig's Disease. As he had done in his planning career, Phil's courage and determination were an inspiration to everyone who knew him.

He continued to battle the illness throughout the year, and with his health declining, Phil resigned his position in December 1999. Nonetheless, he remained an avid and influential part of NIPC's planning process up until his passing. He died on April 18, 2000 at his home in Evanston. In that same year, the Phillip D. Peters Regional Planning Fellowship Program was established to support regional planning in the Chicago metropolitan area and to support students with a passion to pursue a career in regional planning.