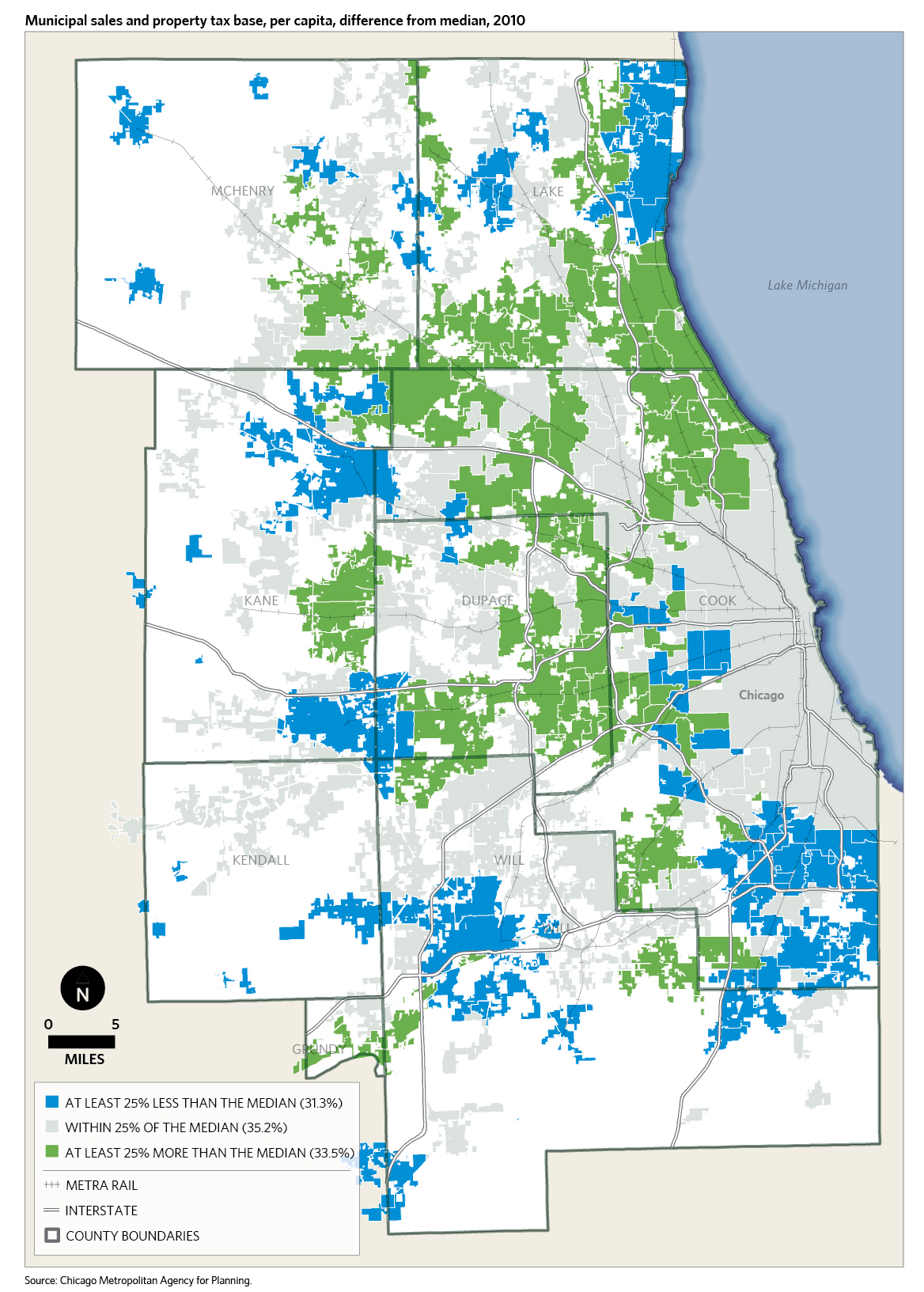 GO TO 2040 states that tax policy should encourage local decisions that make effective use of land, generate good jobs, and trigger sustainable economic activity. It should set high standards of transparency and predictability for the taxpayer. And it should not create large inequities across households, businesses, and local governments. By reforming state and local taxation, the region would benefit from new policies that help to advance, rather than undermine, GO TO 2040's goal for sustained regional economic competitiveness.

Currently, tax policies frequently distort land use decisions rather than allow markets or quality-of-life factors to guide them. Tax rates are often set very high, and the tax base is overly narrow rather than broad, which further stifles economic competitiveness. Instead, tax policy should encourage local decisions that make effective use of land, generate good jobs, and trigger sustainable economic competitiveness. It should set high standards of transparency and predictability for the taxpayer. And it should not create large inequities across households, businesses, and local governments. 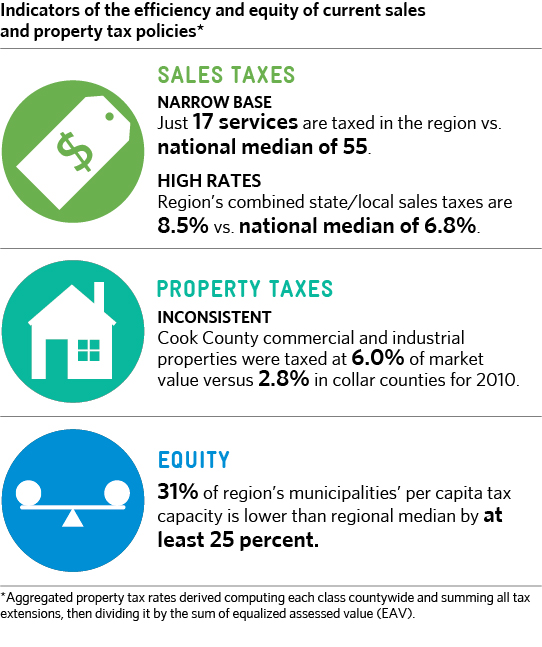 The region's sales tax base is narrow, including just 17 services compared to a median of 55 nationally. Also, state and local combined sales tax rates in the region are high – an aggregate rate of 8.5 percent, compared the 6.8 percent national median.

Inconsistent property taxes place a higher tax burden on businesses in Cook County, which impedes economic development. High tax rates can keep new businesses from locating in a community, which causes its tax base to grow more slowly than the cost of public services -- leading to even higher tax rates for businesses and residents alike. Eliminating Cook's property-tax classification system could break this cycle and encourage redevelopment in communities that need it most.

To address the GO TO 2040 recommendations for reform of state and local tax policy, CMAP created a Regional Tax Policy Task Force to identify connections between tax policies and development decisions that shape the regional economy. Among issues CMAP continues to study are the efficiency and equity of the tax system.

For example, most local governments depend on property and sales tax revenues. As this map shows, the economic base in some areas increases their capacity to generate tax revenue. Conversely, communities that cannot raise sufficient revenue to provide basic public services have difficulty attracting residents and businesses. This hinders the economic growth of the region as a whole. 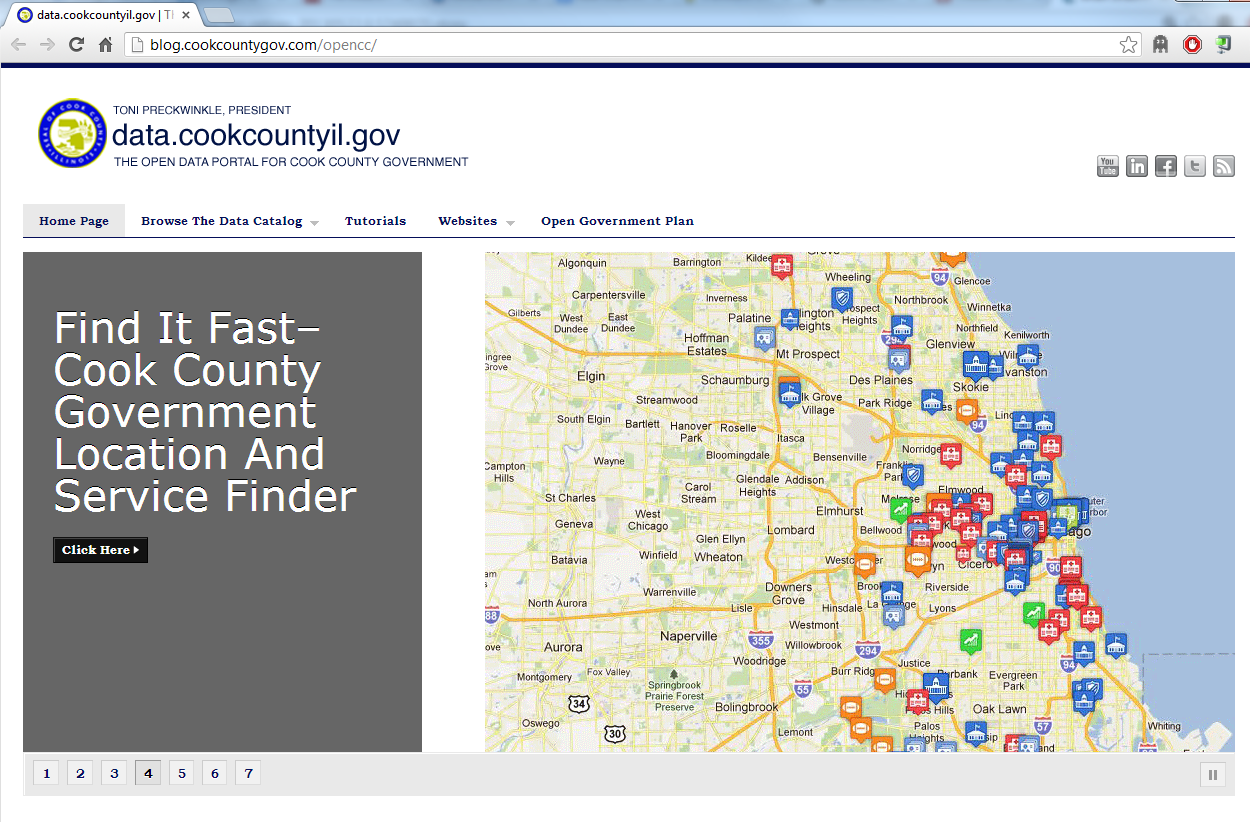 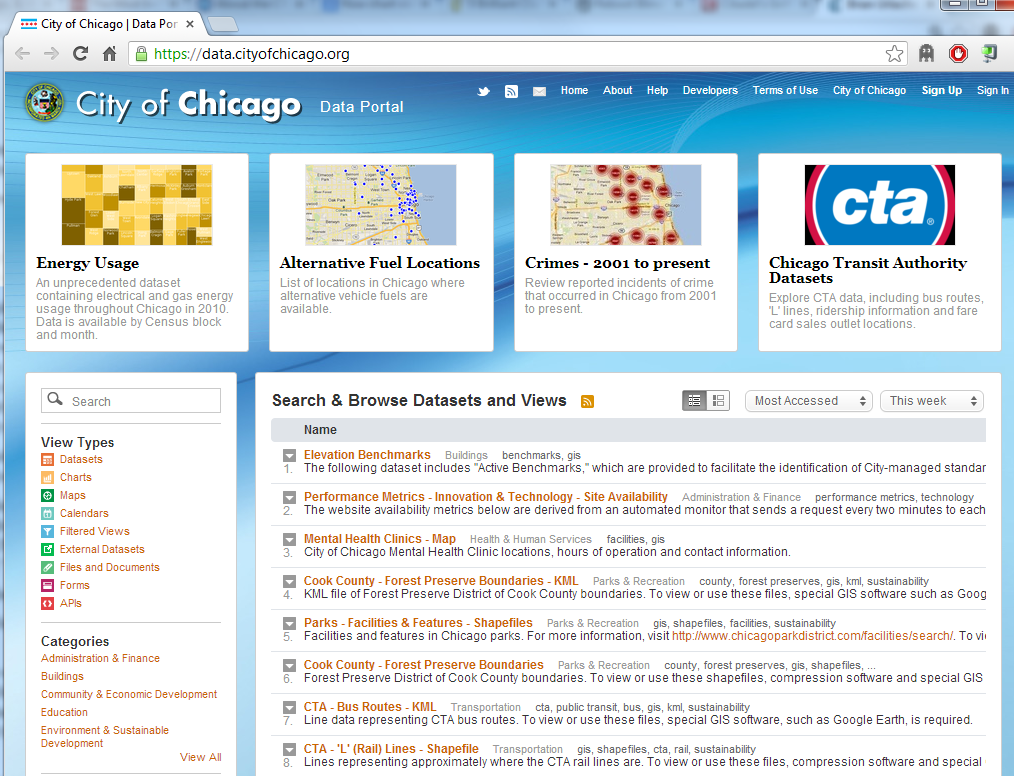 Access to information helps local officials make better choices about how to target resources. CMAP collects and analyzes data for dozens of indicators to monitor and promote the implementation of GO TO 2040. Local governments across the region (including the Cook County open data portal shown above) are becoming more proficient in using data related to land use, transportation, housing, economy, and other quality-of-life factors.

CMAP and other local governments are emphasizing new tools for disseminating data about opportunities and challenges faced by communities across the region. For example, the City of Chicago data portal (above) provides public access to an extensive array of datasets, including energy usage, forest preserves, and public safety.

If GO TO 2040 is to serve as a sustainable roadmap for the region's future, this will require changing the way in which major investment decisions are currently made. Many of our most pressing problems — in the areas of transportation, housing, climate change, economic vitality, and environmental quality — cannot be solved solely by the actions of any single level of government. These issues transcend individual government agencies and cross jurisdictional borders, and their solutions demand coordinated investment by all levels of government.

Coordinated public investments for transportation depend on transparency for effective decision making and for monitoring of progress according to established goals. Since before the adoption of GO TO 2040, CMAP has strongly advocated for improving the accountability of public spending by better linking investments to outcomes.