Where else is this underway?

Congestion pricing has existed in the U.S. since 1995, when the SR-91 Express Lanes opened in Orange County, California. Particularly since the mid-2000s, several other new facilities have opened in cities across the country. Note that this map shows only express toll lanes or high occupancy toll facilities. Several metropolitan areas have more than one expressway with congestion pricing, have expanded an existing facility, or are constructing additional facilities. A region's willingness to expand existing facilities or to implement multiple projects is perhaps the best evidence that the public recognizes congestion pricing's effectiveness.

Click on the map to learn more about these case studies. 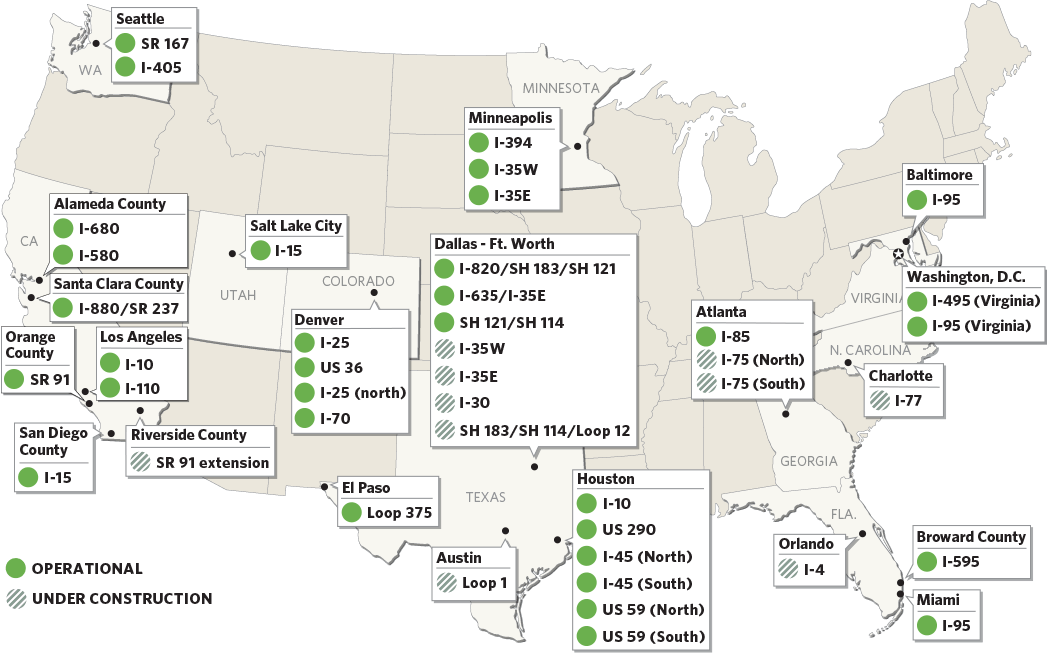