The State of Illinois highway program is subject to a long-standing informal policy that directs 45 percent of transportation funds to northeastern Illinois and the remaining 55 percent downstate. This 55/45 Split is not a law -- it is an agreement established decades ago within the General Assembly and followed by the Illinois Department of Transportation (IDOT).

The arbitrary formula does not reflect the region's needs and its disproportionate contributions to overall Illinois economic output, population, travel, and tax receipts. This chart shows how northeastern Illinois contributes to the state's economy by five indicators -- each of which is a much higher than 45-percent portion of the Illinois total.

Furthermore, traffic congestion is extremely intense in northeastern Illinois; the region has more than four times the vehicle miles traveled per lane mile than the rest of the state. The Chicago region consistently ranks as one of the most congested metropolitan areas in the United States. 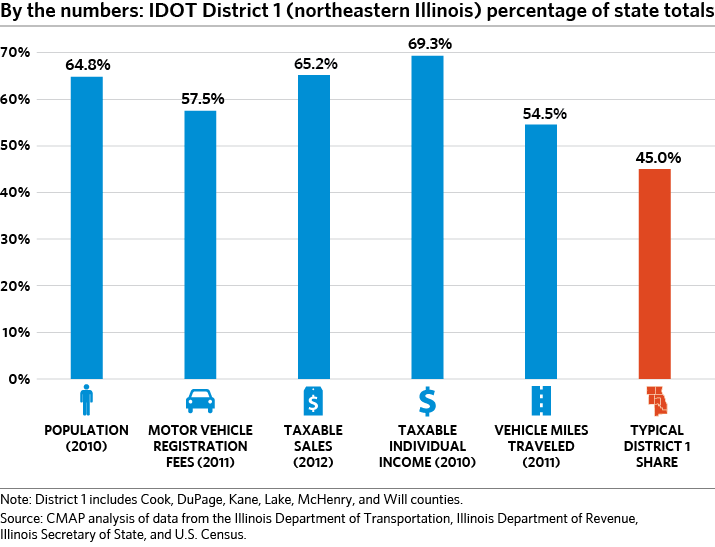