Update: The plan was adopted by the Village Board in June 2013.

The Village of New Lenox applied for assistance  in developing an implementation plan for a stretch of  Route 30 (Lincoln Highway) running through the Village's commercial core between the Norfolk and Western rail line on the east and Interstate 80 on the west. CMAP accepted their request for LTA support in 2012.The Plan is designed to accommodate recent investments in the corridor, including the New Lenox Commons and IDOT improvements to Route 30.  The Implementation Plan will identify actions to be taken by the Village to promote multi-modal transportation in the study corridor and to improve its aesthetic character. The Plan will refine and implement elements of the 2006 Corridor Revitalization Plan. 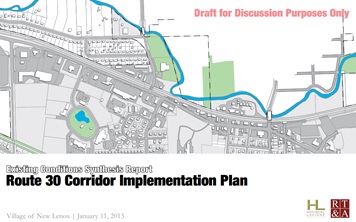 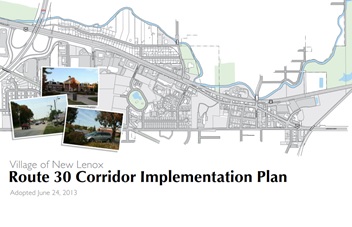