Local food systems offer many economic, environmental, and quality-of-life benefits that apply to both businesses and residents as a whole. As consumers, individuals benefit from having more opportunities to buy fresh produce to cook at home or eat at restaurants. Local entrepreneurs benefit from increased business opportunities, and our communities as a whole benefit from strengthening the local economy. 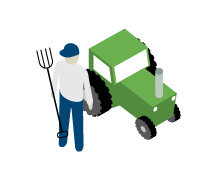 Studies show that farmers' revenue for fresh market vegetables surpass that for commodity crops by 5 to 50 times. Labor income and jobs follow a similar trend: fruit and vegetable production has the potential to generate three to seven times more jobs and farm income than corn and soybean production.

Keeps Money in the State 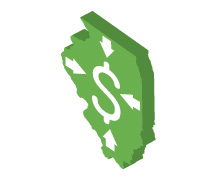 Illinois residents spend $48 billion annually on food, nearly all of which (an estimated $46 billion) leaves our state. Purchasing food that is grown locally can keep much of that money in the region. Based on estimates from other regions, a 20-percent increase in local food production and purchasing could generate approximately $2.5 billion in economic activity within the region, according to GO TO 2040. The Chicago metropolitan region is well-positioned to meet some of the demand for direct-to-consumer local food sales thanks to its fertile soils and over 800,000 acres of agricultural land. 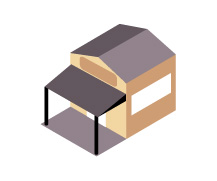 Purchasing food grown, processed, distributed, and sold locally supports our neighbors and helps strengthen our local economies by employing people, generating income, and circulating dollars within our communities. Every dollar given to a local farmer can be spent at other businesses owned by members of the community.