In all, growth in housing units follows the overall trends in population growth in the region, with communities on the outer edge of the region growing quickly. However, renter-occupied housing remains concentrated in dense, old central areas, and represents a declining share of the region's total occupied housing stock. GO TO 2040 emphasizes that the spatial balance between jobs and housing is an important policy issue to consider. Affordable rental housing is often quite far from job centers, many of which are becoming more dispersed throughout the region. This land use pattern may reduce the ability of lower-income people to participate in the workforce, and also cause problems for businesses that do not have full access to the region's labor pool.

According to the 2010 Census, the Chicago region contains 3,377,190 housing units, of which 3,092,325 (91.6 percent) are occupied and 284,865 (8.4 percent) are vacant. Sixty-five percent of total units are located in Cook County, with 35 percent in the City of Chicago and 29 percent in suburban Cook. The distribution of housing units corresponds to the distribution of population. 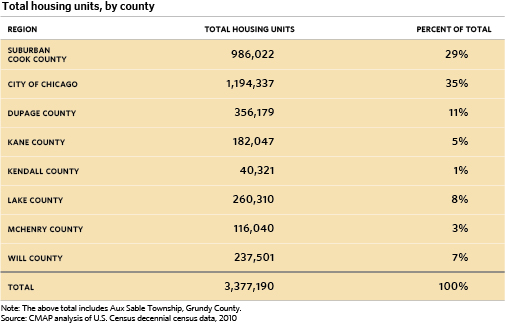 Of the region's total occupied units, 2,025,801 (65.5 percent) are owned by their occupants, while 1,066,524 (34.5 percent) are rented. Rental units are concentrated in the denser, older municipalities of the region: Chicago, Joliet, and Waukegan. (Click on the map for a larger pop-up version.) 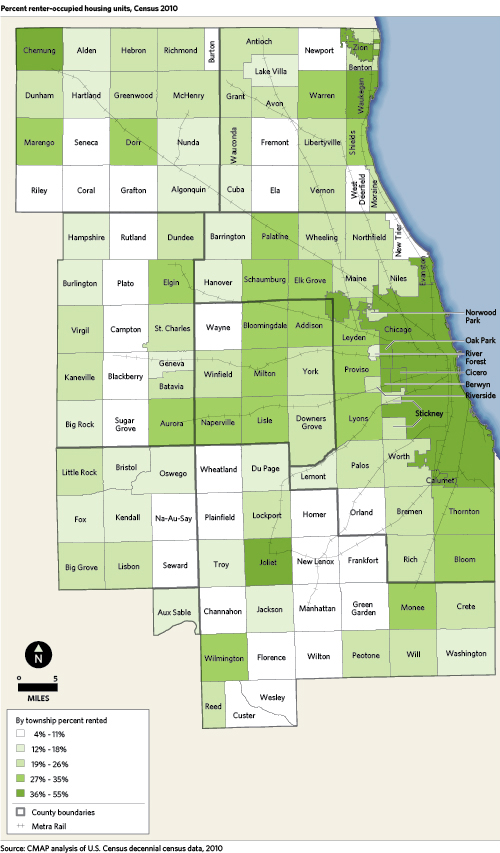 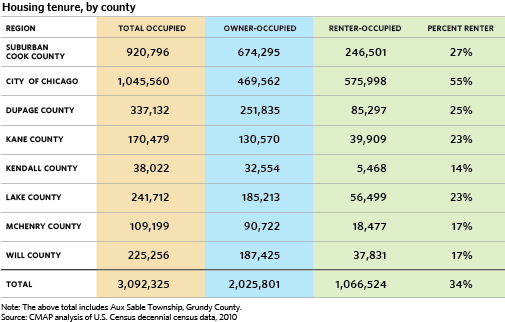 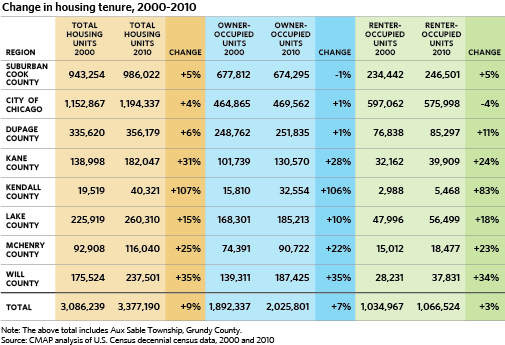 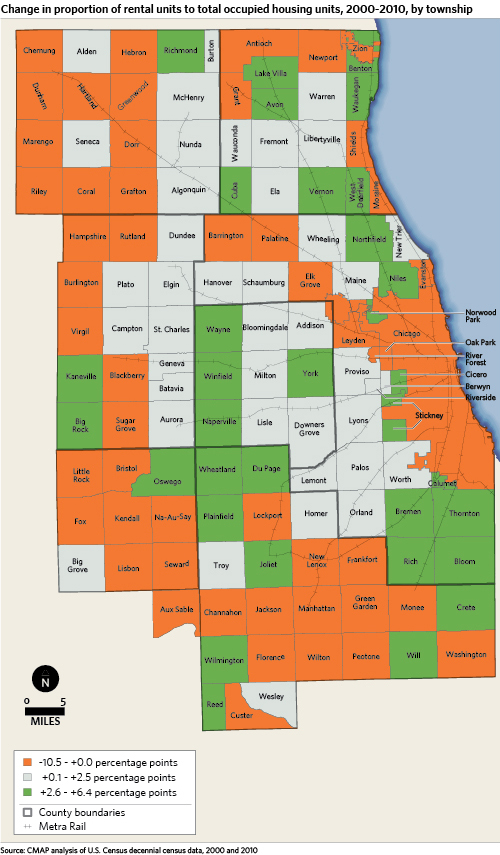