This growth has many implications for our communities. Published in mid-2008, CMAP's Latinos in Our Region snapshot report describes how Latino population growth could affect employment and education, transportation, housing, and other quality of life issues. These new residents often come with distinct needs and preferences in terms of housing types, education, and other services. Moving forward, many communities in the region may confront challenges associated with mutual integration and communication with all members of the community. This Policy Update expands on the earlier one, using new Census 2010 data released on August 4, 2011. 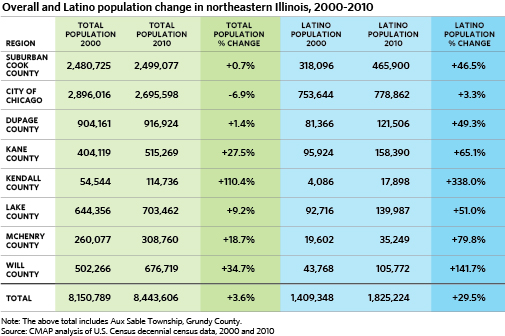 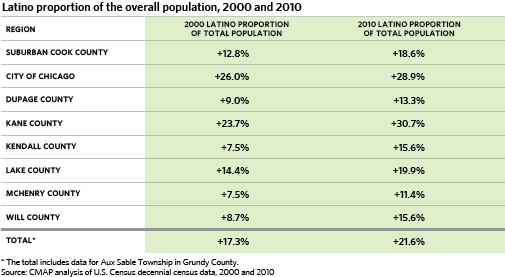 While the county-by-county summaries above provide some indication of the larger changes in the proportion of Latino population in the region, these changes appear to be concentrated in some areas more than others. In particular, older suburban communities directly west of Chicago and several communities in the collar counties experienced significant growth in the Latino percentage of the overall population. These changes are depicted in the map below. 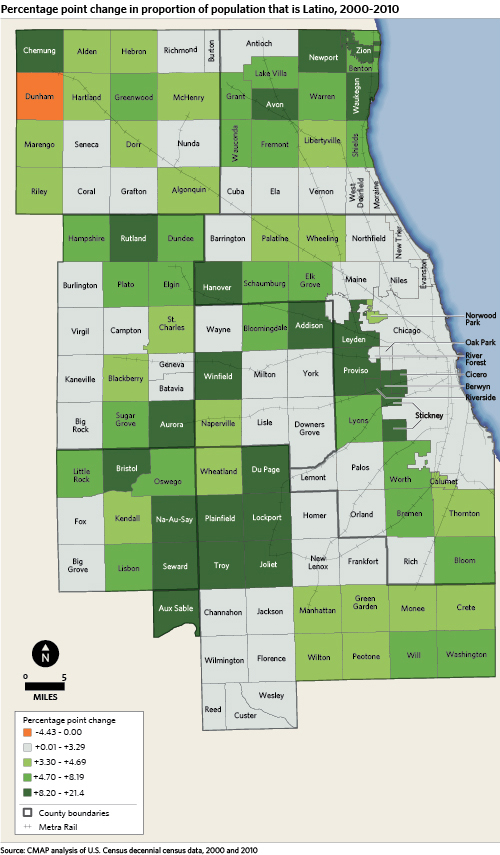 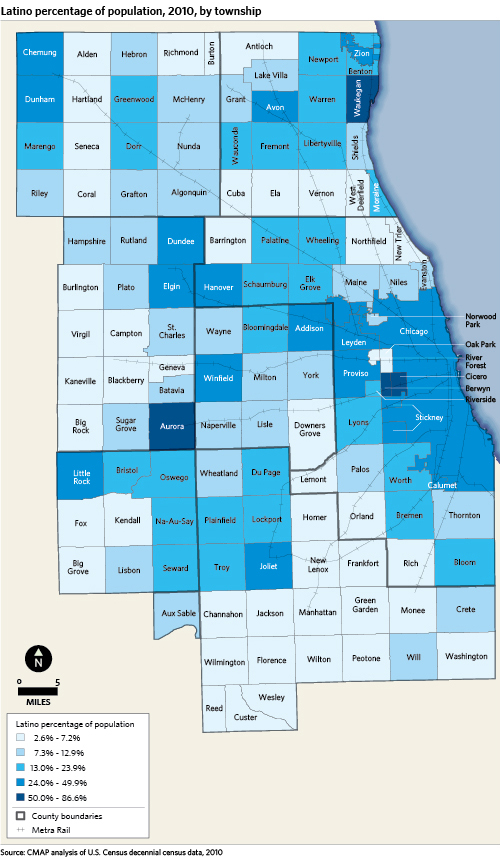 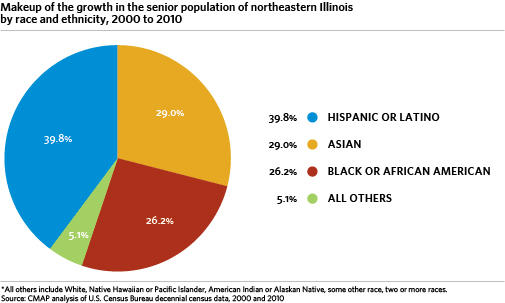 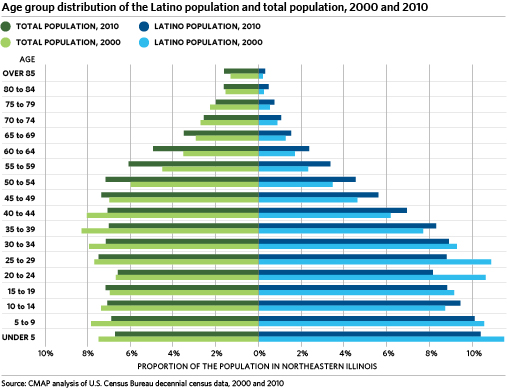 Housing and the Latino Population in Northeastern Illinois

As described in a previous Policy Update, about 65.5 percent of all occupied units are owned by their occupants, with the remaining 34.5 percent of occupied units rented. As one of the fastest-growing demographic groups in the region, Latino residents bear special mention with regard to housing tenure. Forty-six percent of all housing units occupied by Latino householders are located in the City of Chicago, and an additional 25 percent are located in suburban Cook County. Just under half (48 percent) of all Latino-occupied housing units are rented, with a higher proportion of renter-occupied units in the City of Chicago (58 percent). In Will County, 24 percent of Latino-occupied housing units are renter-occupied, and in Kendall County, 18 percent are renter-occupied. The distribution of Latino-occupied housing, both rented and owned, corresponds to the distribution of Latino population as mapped in the Latinos in Our Region snapshot report. 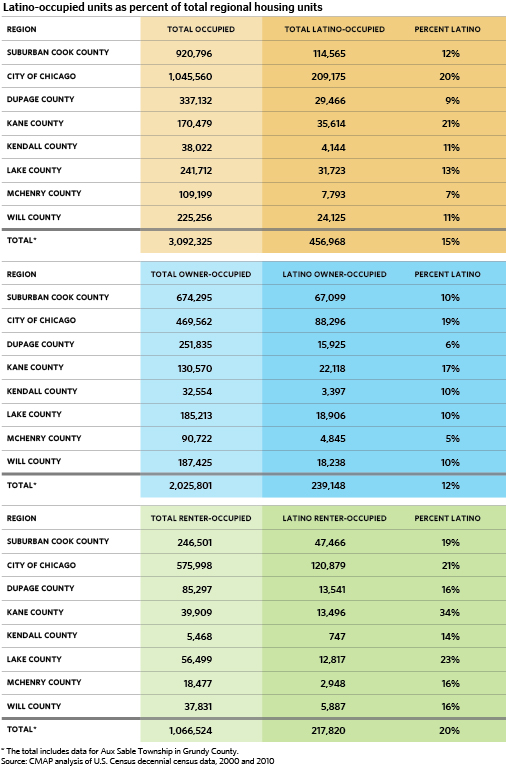 Renter-occupied housing represents the majority of Latino-occupied housing in the City of Chicago. The same trend holds true in several suburban townships with relatively little rental housing, both in the middle and outer rings of the metropolitan area. In these townships, most Latinos live in rented housing units. Between 39 percent and 51 percent of Latinos live in rental housing in townships across DuPage County, northern Cook County, and eastern Lake County. 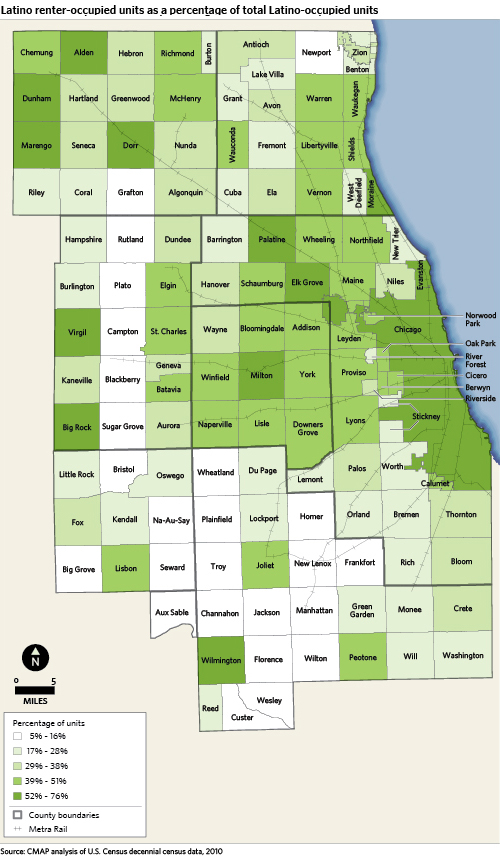 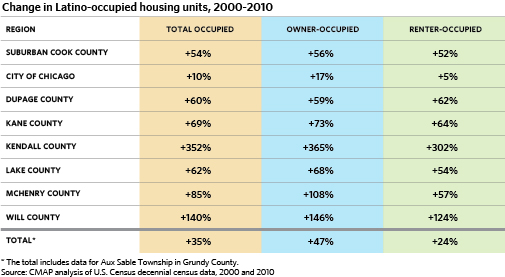