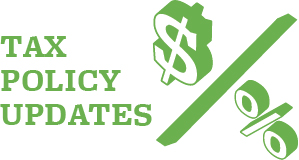 This Tax Policy Update summarizes CMAP's analysis of sales tax rebates in metropolitan Chicago, including the structure of agreements, types of businesses receiving the rebates, and amount of sales taxes being rebated, using information downloaded from the IDOR database in November 2013.  The IDOR database was developed following the August 2012 passage of Public Act 97-0976, which, as described in a previous Policy Update, requires municipalities to report information on their existing sales tax agreements.  The analysis in this Policy Update builds on CMAP's July 2013 report Examination of Local Economic Development Incentives in Northeastern Illinois, which highlighted the prevalence of sales tax rebate agreements among local governments.

CMAP finds that local governments could rebate $433.0 million to businesses and developers through these agreements if the agreements' maximums are met.  Thirteen communities currently have agreements with maximum rebates of more than $10 million over their duration, which means each local government has obligated itself to pay a businesses or developers up to that amount.  Nearly a third of the sales tax rebate agreements in the region are with vehicle dealerships, and almost half are related to retail categories (large retailers, shopping centers, gas stations, and grocery and drug stores). 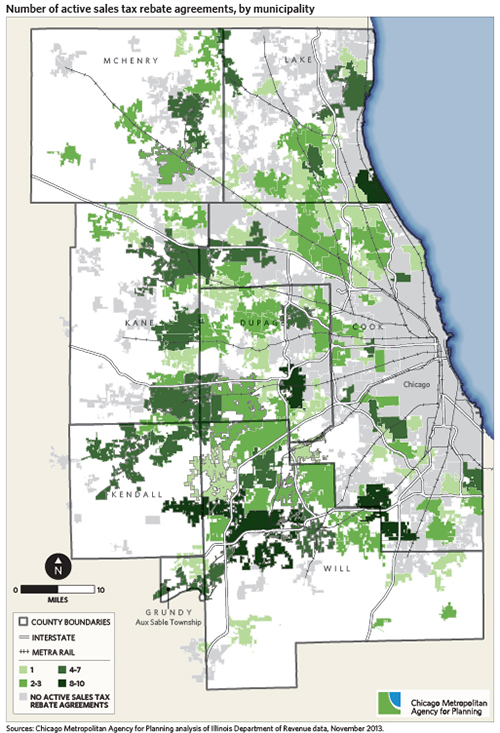 CMAP's analysis classifies the agreements into business and development categories because the IDOR database does not provide that information.  Businesses receiving rebates range from retail and vehicle dealerships to sales and distribution offices, including offices and warehouses that have sales sourced to their locations.  While nearly a third of the active sales tax rebate agreements in the region are for vehicle dealerships, almost half are for retail categories, including grocery and drug stores, gas stations, other large retailers, and shopping centers.  The following chart summarizes the types of businesses and developments that have sales tax rebate agreements with local governments in the region. 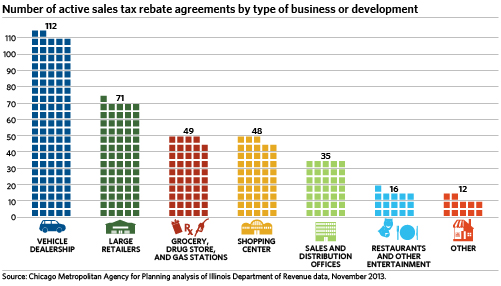 Most of the agreements (298) in the database provide the proportion of sales tax revenues rebated, which range between 10 percent and 100 percent with a median of 50 percent of revenue.  However, this information does not always provide a complete picture of the magnitude of the rebate because many agreements (125) also have sales thresholds, which means the rebate does not begin until the local government has received a specified amount of revenue.

Of the agreements analyzed, 198 either have a maximum rebate amount listed in the database or, in some cases, the maximum was known to CMAP through past research on sales tax rebates.  This does not mean that the business or developer will receive the full amount, but it indicates a local government's commitment to provide the funds if sales at the business or development reach a certain threshold.  A total of $433.0 million could be rebated to businesses and developers if the agreements' maximums are met.  This total does not include funds to be rebated in agreements where no maximums are indicated.  The total amount of sales tax revenues that could be rebated by local governments in the region would, therefore exceed $433.0 million.  The following chart summarizes the distribution of maximum rebates among the 198 agreements where the maximum was known.

The vast majority of rebates have an expiration date, and ten years is the most common agreement length.  Eight agreements list end dates that range from 80-8,000 years from initiation.  Several of the more long-term agreements have no maximum rebate listed, which may result in significant outlays from the local government if the agreement is infinite in both revenue and years.  A caveat is that many of these agreements may be extensions of previous agreements, meaning that the actual number of years the local government will be providing sales tax rebates to the business may be longer than indicated in the IDOR database.  The following chart provides a summary of the expiration dates for agreements in the database, including the number of agreements where no maximum rebate was listed. 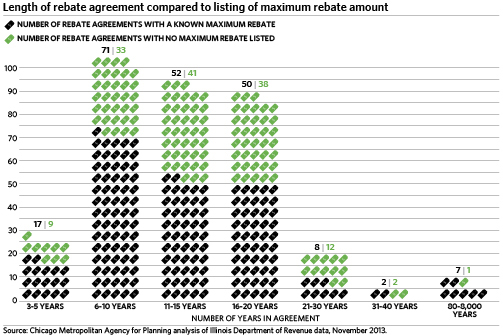 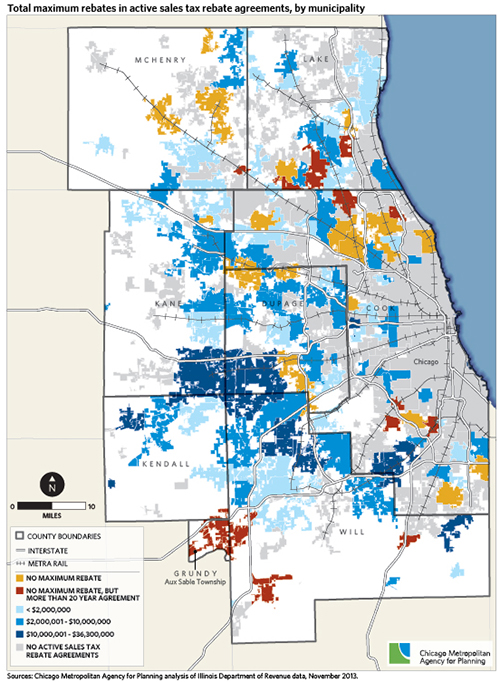 CMAP's analysis finds that many communities in the region have committed significant funds toward sales tax rebates.  In northeastern Illinois, 13 communities currently have maximum rebates of more than $10 million each.  In other communities, the sales tax rebate agreements currently in place will last for more than 20 years with no maximum rebate.  In our next Tax Policy Update, CMAP will outline principles to guide tax policy reforms that would improve the overall economic well-being of the region.