Under the leadership of Board Chairman Anthony Coscia and Amtrak President and CEO Joseph Boardman, the Amtrak Board of Directors chose to honor Szabo, who joined the Chicago Metropolitan Agency for Planning (CMAP) as senior fellow in January 2015 after serving for six years as President Barack Obama's first appointee to head of the Federal Rail Administration (FRA). As FRA Administrator, Szabo also served on the Amtrak Board.

The resolution adopted by the Amtrak Board cites Szabo's longtime support for the national intercity passenger rail system. Boardman prized the "essential counsel, direction and perspective" that Szabo provided to the Amtrak board and staff.

"In recognition of Joe's contributions -- past and those yet to come -- to Amtrak, to the railroad industry, and to the Chicago metro area, we could think of no more appropriate place to honor him than our Chicago Control Center," said Boardman, who attended the ceremony with Amtrak Board Member Tom Carper and Szabo's family, friends and colleagues.

"Under Mr. Szabo's leadership at the FRA, rail transportation has never been safer in the United States, culminating with two straight years of record-breaking safety performance with significant reductions in all types of accidents," said the resolution, which was unanimously passed by the Amtrak Board.

"This is a great honor for Joe Szabo, and CMAP is proud to have him on our team, supporting collaborative planning across the metropolitan Chicago region," said CMAP chairman Gerald Bennett, mayor of Palos Hills. "Our agency benefits from Joe's knowledge of issues at the local, state, and federal levels, including his experience as a former mayor, head of FRA, and leader of organized labor."

A fifth-generation railroad professional, Szabo was the first FRA Administrator to come from the ranks of rail workers. In addition to having worked as a conductor and switchman, Szabo represented rail workers in Illinois as State Director of the United Transportation Union for nearly 13 years. He has served as mayor of Riverdale, Illinois, a member of the South Suburban Mayors Transportation Committee, and vice chairman of the Chicago Area Transportation Study's Executive Committee.

"I am deeply touched by the Amtrak Board's recognition. Chicago is my home and where I began my railroad career. Having worked with and represented the railroad workforce in Illinois, it is very special to be associated with the facility that dispatches train operations in and out of Union Station - it's where the work gets done," said Szabo. "As an economic driver, rail's impact is unsurpassed for getting residents to and from their jobs, getting goods to market, and getting the most out of public infrastructure. At CMAP, I look forward to continuing my efforts in support of rail transportation, including the need for new strategic investments."

About CMAP
As the official regional planning organization for Cook, DuPage, Kane, Kendall, Lake, McHenry, and Will counties, CMAP developed and is now guiding implementation of the GO TO 2040 comprehensive regional plan, which addresses the fundamental challenges -- including land use and transportation -- that shape residents' daily lives. See www.cmap.illinois.gov. 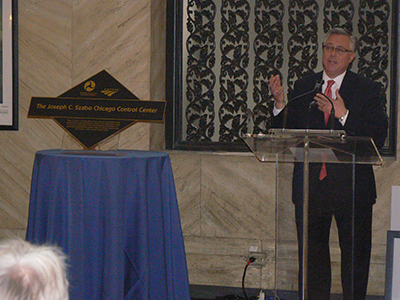 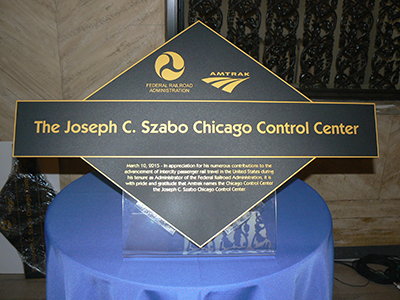 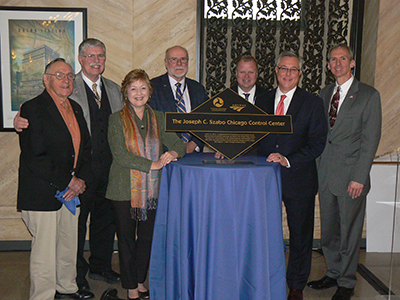