This indicator tracks the total miles of all trails in the Northeastern Illinois Regional Greenways and Trails Plan (RGTP) that are completed or let for construction. The RGTP includes not only off-street trails, but key on-street facilities and side paths. The RGTP includes trails in Aux Sable Township in Grundy County. Out-of-region connections to systems in Indiana and Wisconsin are not included in indicator totals. 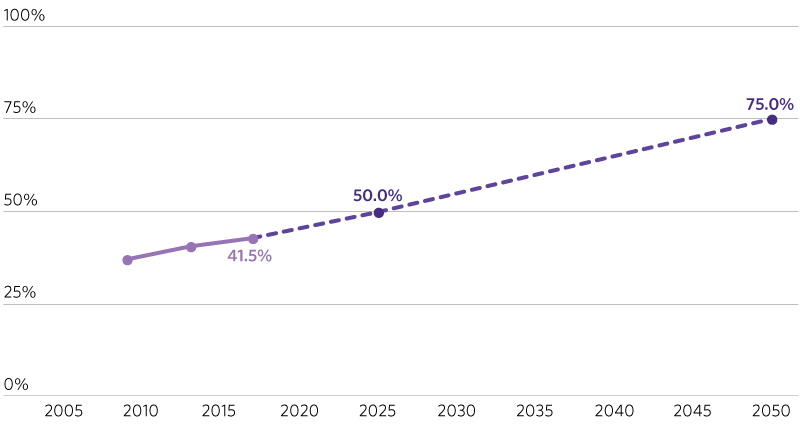